At the end of July, Autodesk released the first update for AutoCAD 2018 and AutoCAD LT 2018. The AutoCAD 2018.1 update features a number of anticipated improvements including an enhanced 3D navigation performance, enhanced high-resolution monitor support, an Xref layers override and new views and viewports.

Before going into more detail about the latest 2018.1 update features, it may be worth noting how over the past couple of years, AutoCAD and many other leading CAD software have been receiving less frequent updates. Instead, the updates have been replaced by less frequent annual and semi-annual products, unless the software has needed a critical patch, either for compatibility or security reasons. The most recent being the AutoCAD 2018.0.2 patch.

This has, in turn, meant that we now receive more “feature packed” updates, which include a larger variety of improvements. The most notable features of AutoCAD 2018.1 are mentioned below. If you would like a more comprehensive overview, make sure to read Autodesk’s Preview Guide. 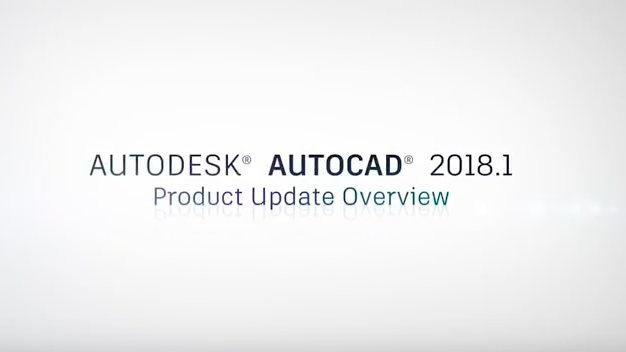 Included in the AutoCAD 2018.1 update is a major upgrade to the navigation speed of viewing 3D models within AutoCAD. Autodesk reported that the median FPS performance in the 2018 Update was 175% faster than the FPS in AutoCAD 2017 and 37% faster than in AutoCAD 2018 (pre-update). To experience the best results, Autodesk states to use these 3D styles in their default states on a 64-bit machine, with a compatible graphics card.

The latest improvements to AutoCAD’s Layer Manager and additional Layer controls, make identifying overrides and restoring them to their default values a whole lot easier. The new feature also enables you to have more control over which Xref layers and properties are restored when the Xrefs are reloaded.

Additional support for 4K monitors has been included in the 2018.1 update. You may have noticed in previous versions of AutoCAD, some dialog boxes and the command line were not of the highest resolution when using a 4K monitor. However, with the latest update, these problems have now been corrected, to ensure the best possible viewing experience. The most noticeable enhancements include the Visual LISP editor, Insert Table dialog boxes and the Edit Layer State.

Improvements in this update make working with layout viewports and named views much simpler than ever before.

A new Named Views panel has been added to the View tab to make it easier to create and restore named views from the AutoCAD ribbon, and to create scaled views and viewports for layouts.

The update is now available to install for subscription and maintenance plan customers from your Autodesk Account. To learn more about the AutoCAD 2018.1 update make sure to view the video below. If you would like to purchase AutoCAD through us or want to know more about our AutoCAD training services please call us on 01403 784139 or fill in a contact form.