COVID-19 Update: benchmarq are open for business as usual
Engineering is the key to economic growth in the UK
Posted on 6th November 2015
Categorised as civil-engineering
Tagged with engineering, uk business 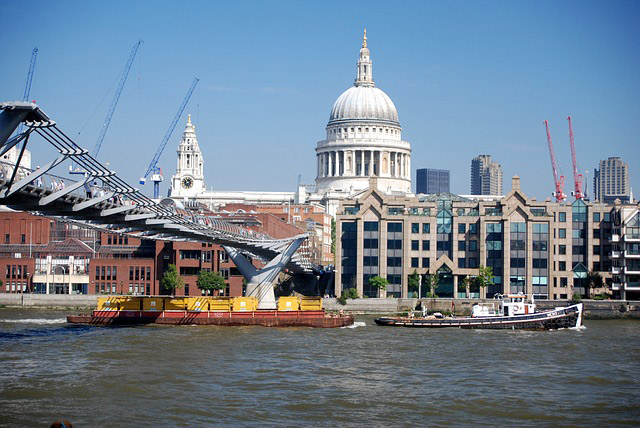 A recent international survey entitled the Create the Future Report by the Queen Elizabeth Prize for Engineering revealed worldwide attitudes towards engineering. Many engineering powerhouses took part in the survey including the US, Germany and the UK.

The inaugural report revealed a number of interesting findings that showcased the importance of engineering in the world economy and how it could help “solve the world’s problems”.

The report showed that engineering tops the list of professions seen as the most vital for economic growth within the participant’s countries. Also on the list for highly regarded professions included lawyer, scientist, pilot and doctor.

It’s worth noting that the engineering profession has very much advanced from the traditional engineering job titles and covers a very large spectrum of sub-sectors including the aerospace, automotive, agri-tech, construction, manufacturing and bioscience industries.

Furthermore, 57% of participants that took part in the survey agreed that engineering is a critical key component when it comes to solving many of the world’s problems, whether it be infrastructure, advanced computer technology or renewable energy.

Lord Browne of Madingley, Chairman of the Queen Elizabeth Prize for Engineering Foundation exclaimed: “As an engineer myself, I was heartened by the report’s findings. People around the world recognise that engineering is a key driver of both progress and innovation, and that it will play a vital role in solving the challenges that humanity will face in the years to come.”

Helge Lund, Chief Executive of the BG Group also went on to say: “Engineers will build our future. This report recognises the great contribution engineering can play in solving some of the world’s biggest issues.”

The Create the Future Report revealed that interest in engineering remains high amongst men to women at approximately 66% vs 43%. However, the gap is closing in emerging economies such as India, Turkey and Brazil.

The rise of female interest in engineering could be down to recent media attention such as the large press coverage of #ILookLikeAnEngineer and the creation of events such as National Women in Engineering Day (NEWD). However, many would argue that there are still simply not enough women in the engineering field, particularly in the UK where a report released by the Institute for Public Policy Research (IPPR) in September 2014 revealed women only accounted for 7% of the professional engineering workforce in the UK.

Nigel Whitehead, Group Managing Director of BAE Systems stated in the Queen Elizabeth Prize for Engineering press release: “Our sector needs to work together to overcome some of the outdated stereotypes and old-fashioned notions that engineering isn’t a career suitable for women. We must do more to show all young people, and their parents, that engineering is a great career choice and be bolder about the importance of STEM subjects.”

The survey revealed that in countries with growing economies, engineering holds large attraction for the next generation. Particularly in both Turkey and India where approximately 80% of 16-17 year olds express that they are interested in having a career in engineering.

Furthermore, the Create the Future Report set out to find which countries of those surveyed felt there was the greatest opportunity for engineers. Out of those who took part, participants in the US expressed they were most confident in the opportunities within their country that exist for engineers.

Professor Sir Christopher Snowden, Vice-Chancellor of the University of Southampton exclaimed: “The UK could take steps to improving its rankings in the index by investing further in engineering education and training and creating visible opportunities for engineering careers. This would certainly require increasing the awareness of engineering and careers in schools and colleges and continuing to win the support of business and industry to promote engineering.”

In addition, to help generate further interest in engineering, the Institution of Civil Engineers (ICE) have created events and workshops such as Tomorrow’s Engineers Week to help inspire young people to take up careers in engineering across the UK.

For full details on the Create the Future Report please see the infographic below to find out the full results for the UK and visit: global-survey-shows-engineering-is-the-top-job. 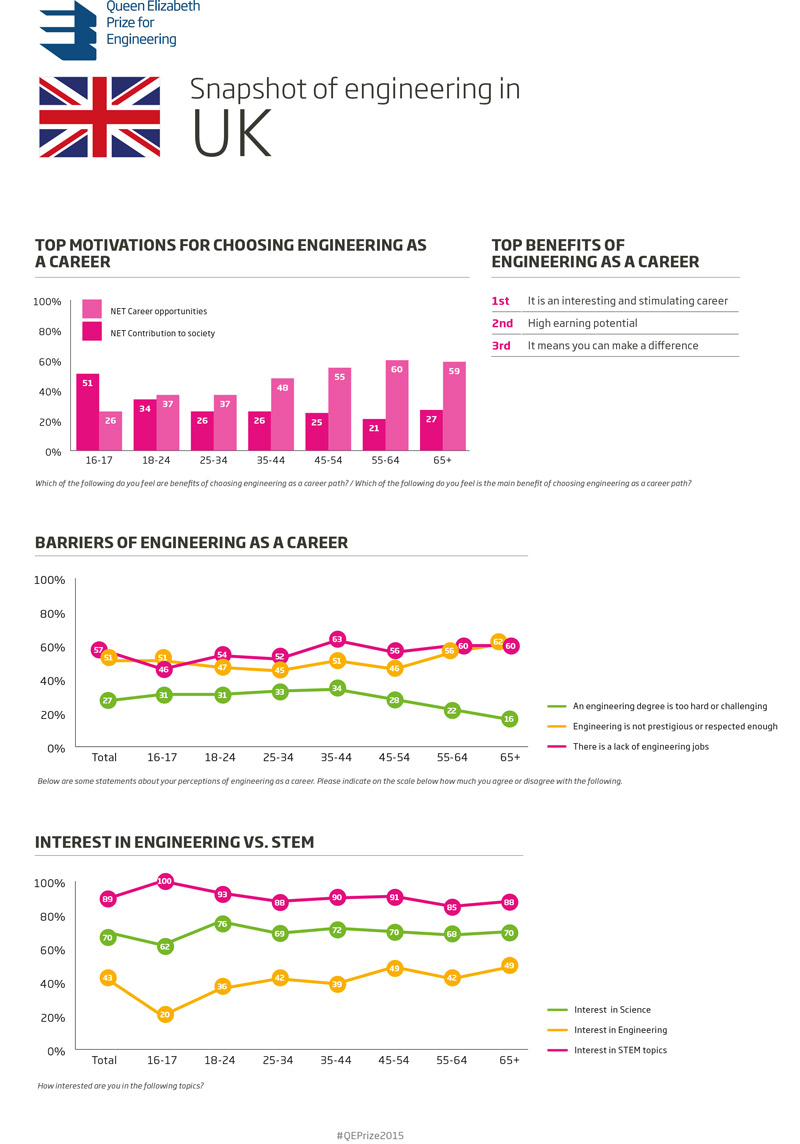 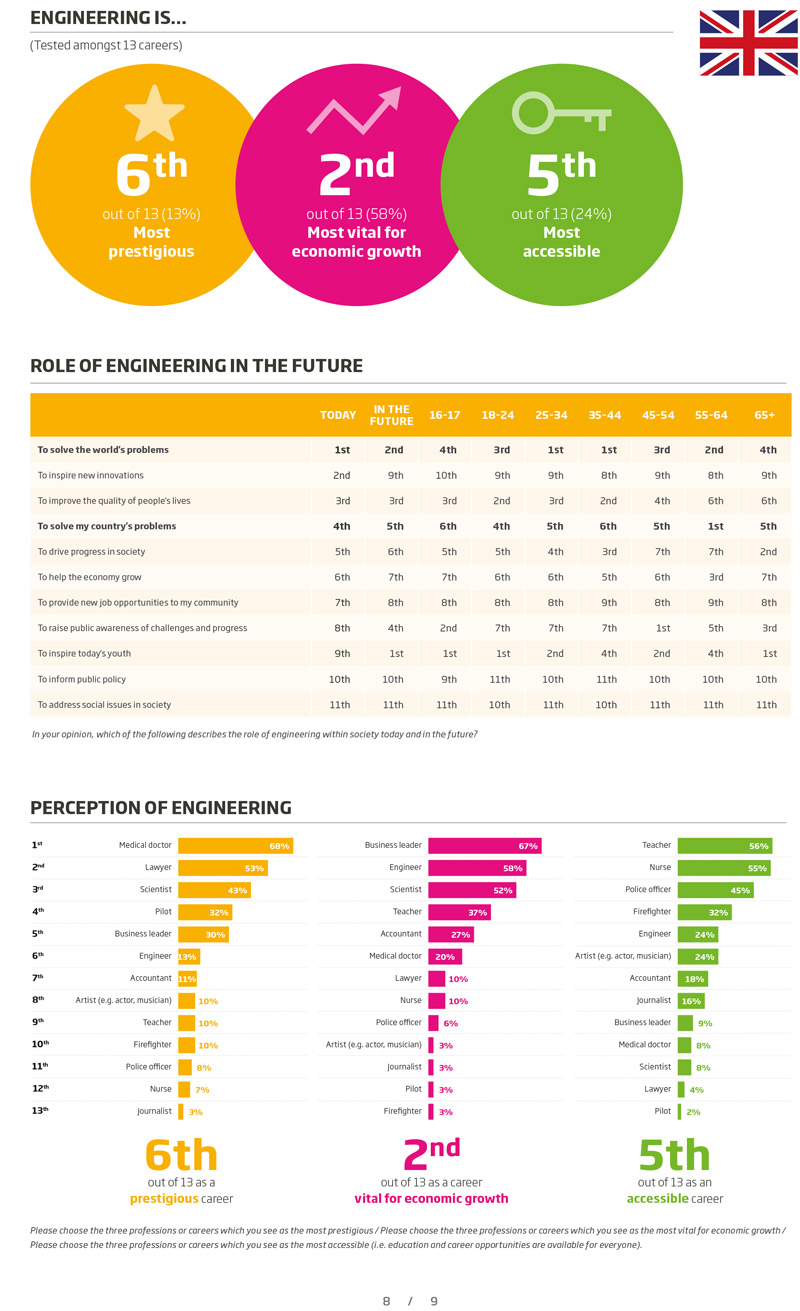