COVID-19 Update: benchmarq are open for business as usual
Sketching is making a comeback with Autodesk Formit 360
Posted on 5th October 2015
Categorised as autodesk, bim

Increasingly our customers enquire whether they are able to sketch using the latest 3D CAD software. Well Autodesk Formit 360 could be the answer.

Sketching is making a comeback in CAD (Computer-Aided-Design) to encourage creativity and exploration. You could argue it is essential to the free flowing design process. CAD designers would sketch on a notepad and finalise the design using AutoCAD or create a physical model with cardboard and paper, however with the release of Formit 360, designers can now sketch on their desktop or on their tablet whilst they’re on the go.

Many CAD programs make it difficult to express your true creativity onto a computer screen, due to the complexity of the software, however with the introduction of software programmes such as SketchUp, the idea of sketching whilst designing is making a comeback.

Formit 360 enables designers to sketch freely either on their tablet (with a stylus) or on a desktop. Furthermore, designers can add different shapes, colours, textures and drag and drop objects from the content library such as beds, chairs, desks, coffee tables and more to bring their building models to life.

Formit 360 comes in a free version, available for use on both desktop and tablet or the pro version which includes additional features such as real-time collaboration, whole-building energy analysis and solar analysis. 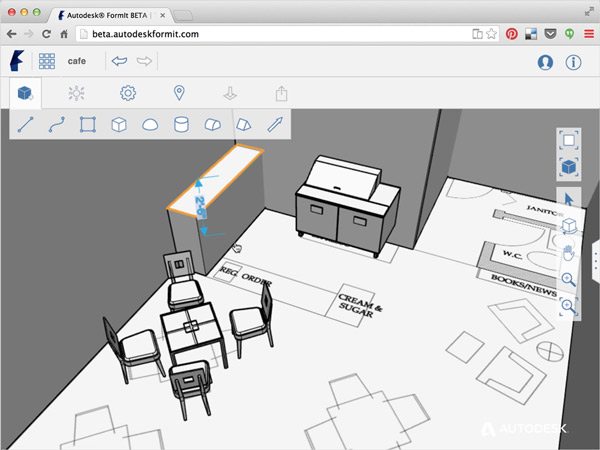 Formit 360 is great value for money, download the demo for free or choose the excellent Pro features and pay either quarterly or monthly.