This Grade II listed building is part of the estates owned by HM Government and dates back to the late 19th century.

Comprising elevations of red brick and terracotta in the Franco-Flemish style, both the exterior and interior are exquisitely detailed, with carvings and mouldings in the terracotta, in plaster and in wood.

Used as office accommodation for civil servants in recent years, the building has now been vacated and is the subject of a multi-million-pound refurbishment and re-purposing project.

Benchmarq was commissioned to create a detailed 3D Revit model of the exterior elevations, the interior rooms, corridors and other spaces, the roof, interior and exterior MEP, and the immediately surrounding topography in order to provide the project architect with a platform for developing their detailed plans for the interior re-modelling, reconstruction and updating of the building to 21st century standards. All modelling was to the highly detailed LOD4 standard.

Our in-house modelling team was security cleared by HM Government to work on this prestigious project and the company’s internal processes and systems assessed and awarded the ‘Cyber Essentials’ accreditation, confirming that our security controls are good and that all client assignments are carried out in a safe and secure environment.

Our survey partner provided us with ground-based terrestrial laser scan (point cloud) data for the external elevations and interior spaces, plus aerial drone-captured point cloud data for the roof.

Being a highly detailed Heritage model presented a number of challenges, all of which were successfully negotiated and agreed with the project architect. For example:

It must also be acknowledged that we worked very closely with our survey partner, who, in addition to capturing all the on-site data also provided an extremely thorough QA function on this challenging assignment, ensuring that the project architect was in receipt of the highest quality model throughout all stages of the project. 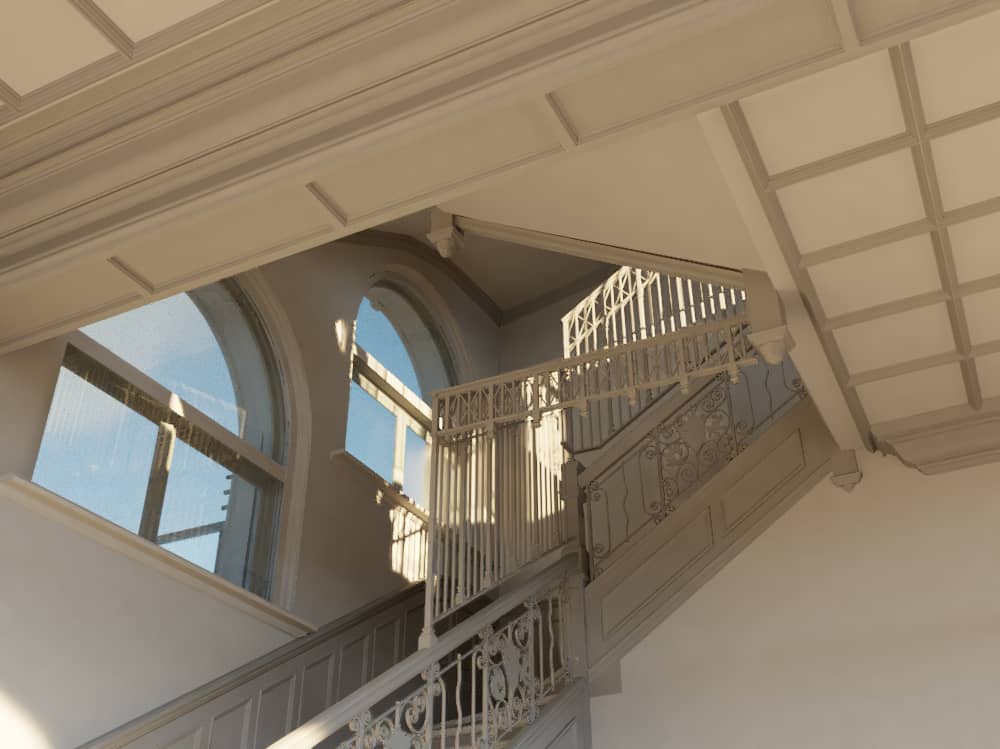 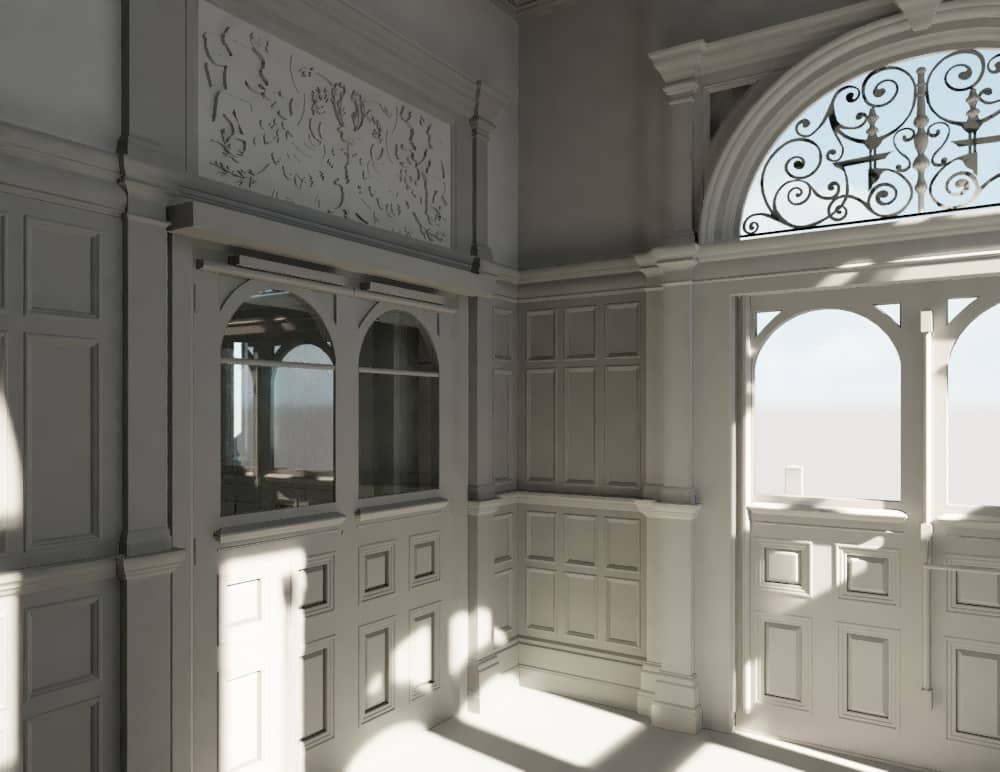 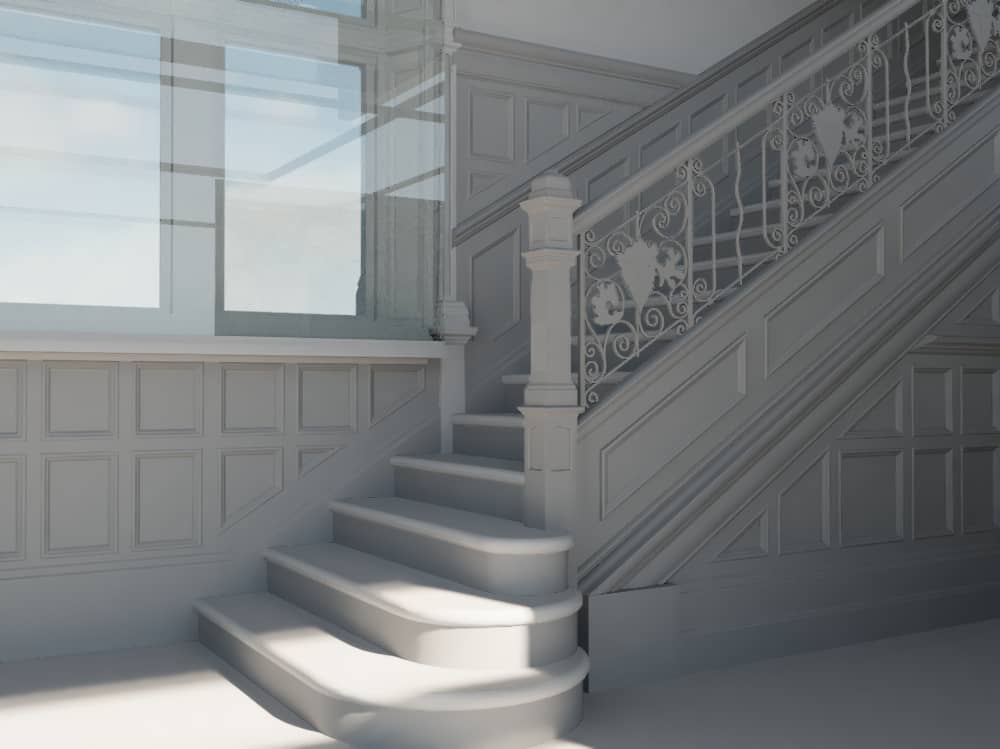 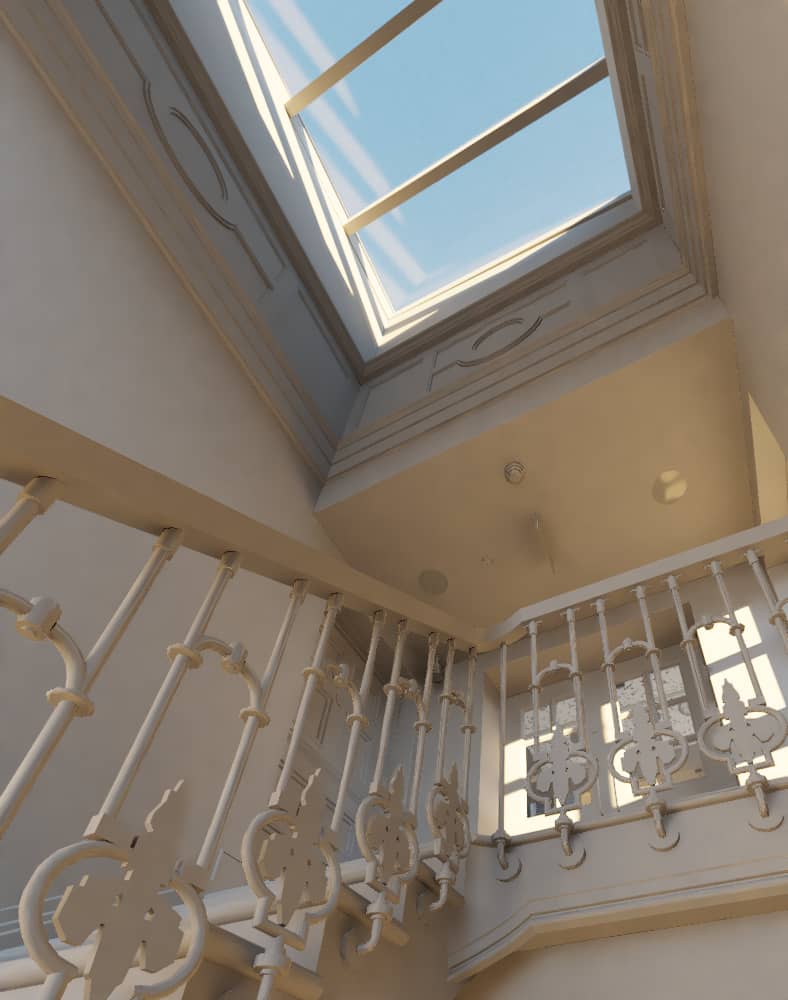 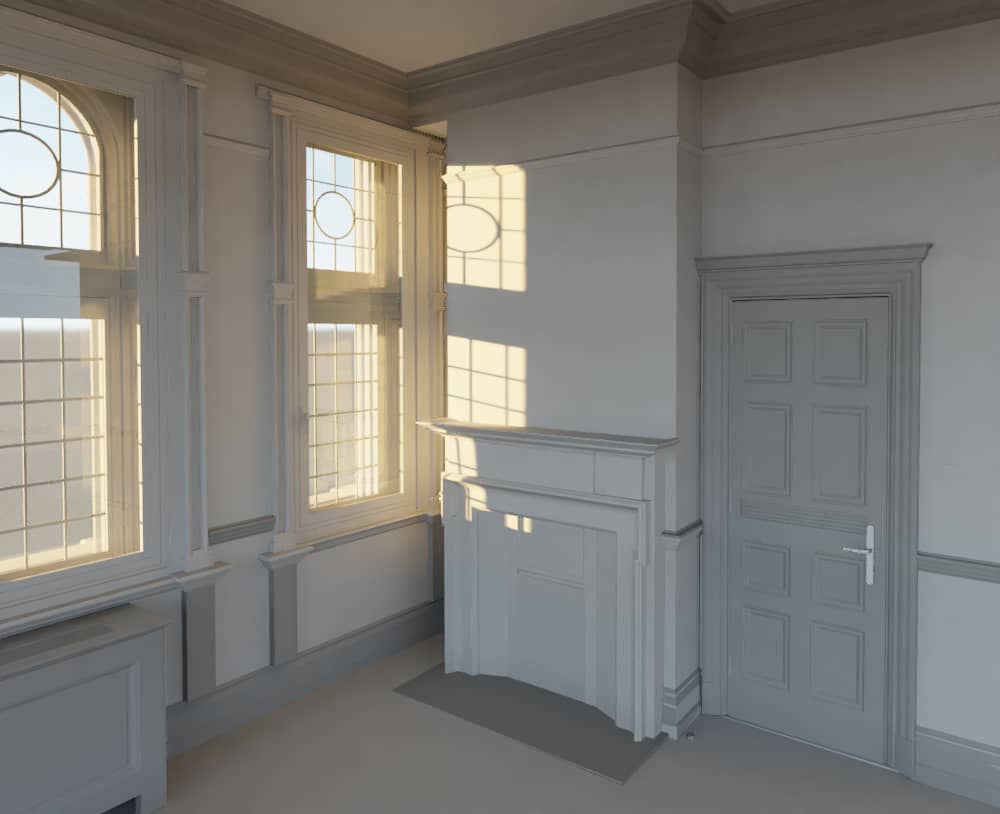 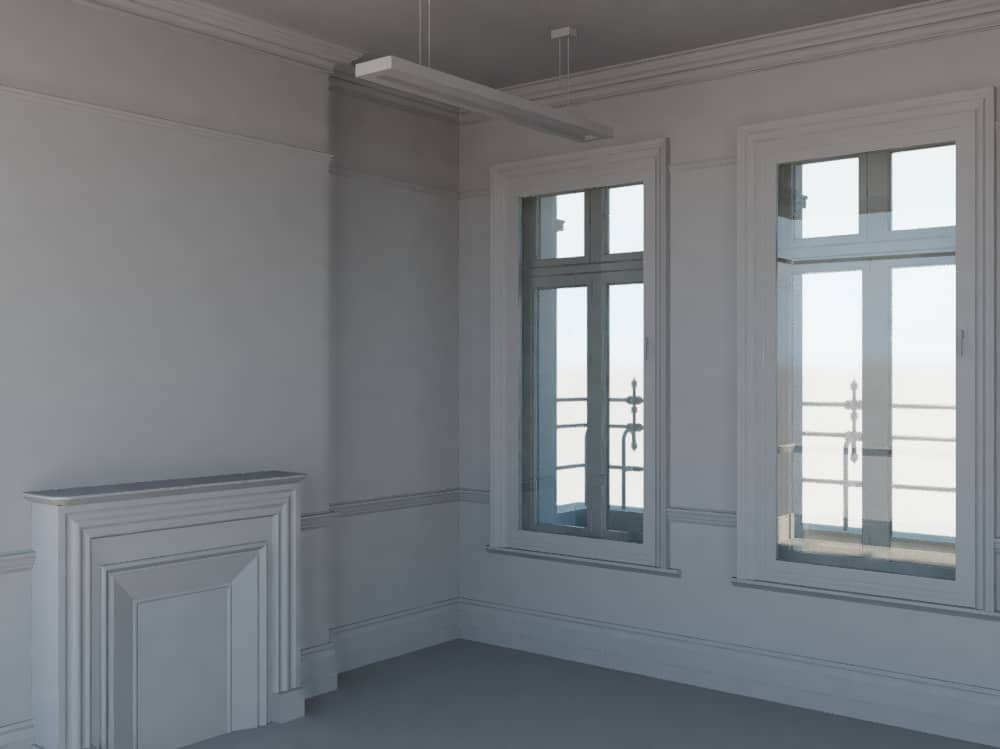