Following a review of its science and engineering facilities in the light of its ambitious growth plans, Leeds University took the decision to invest almost £100m to create a brand new facility in the north-east quarter of the existing campus. Named after the Noble prize-winning British physicist who developed X-Ray crystallography at Leeds, the Sir William Henry Bragg International Centre for Engineering and Physical Science (ICEPS) will provide state-of-the-art facilities, bringing together the faculties of Engineering, Physics, Chemistry, Materials Science, Astronomy and Computing along with the provision of central teaching and social spaces.

A key supplier to this project is Cambridge Fluid Systems (CFS), a leading provider of sophisticated, fabricated gas and liquid control systems working with high technology industries, such as Semiconductor, Photovoltaic, Pharmaceutical, Aerospace and Energy.

Benchmarq was asked by CFS to:

Working from 2D AutoCAD drawings and components created originally in Solidworks, Benchmarq created 3D model layouts in Revit 2019 of the single bore and co-axial stainless steel pipework to be supplied by CFS, along with other items of equipment such as isolation valves, valve manifold boxes and various items of bracketry.

All of this was coordinated weekly with the master Revit model held by BAM, involving multiple other services such as water supply and drainage pipework, heating, cooling and ventilation ductwork.

Most of the CFS pipework had to be threaded in the 600mm sub-floor space beneath the cleanroom, itself supported on props at 600mm grid spacing. In addition, the incoming supply lines had to be threaded through congested areas in the ceiling void above the clean room, ensuring that not only could the pipework be located correctly to avoid clashes with other services but that the viability of installation was also maintained.

The Benchmarq team worked extremely closely with the CFS designers and installation team, at times providing real-time confirmation of critical spacing and dimensions for the installers as they worked. 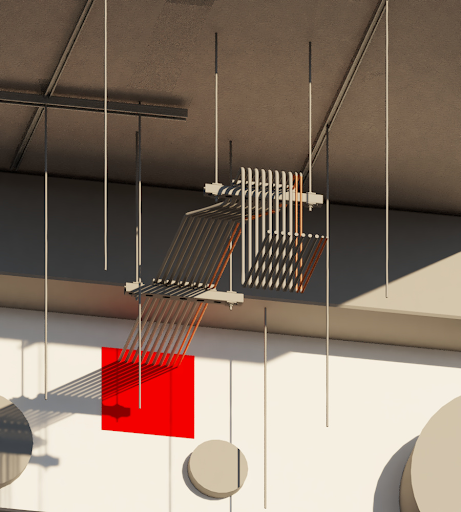 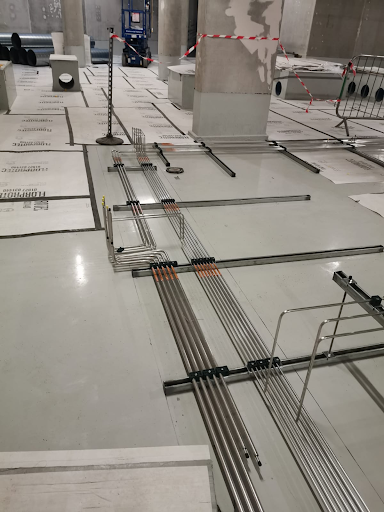 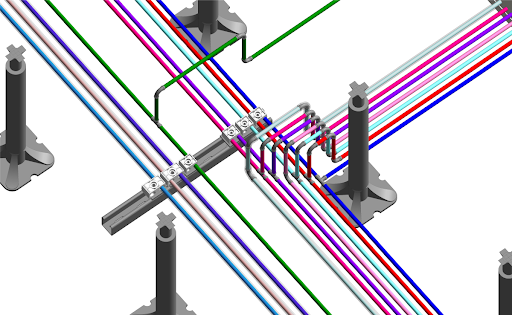 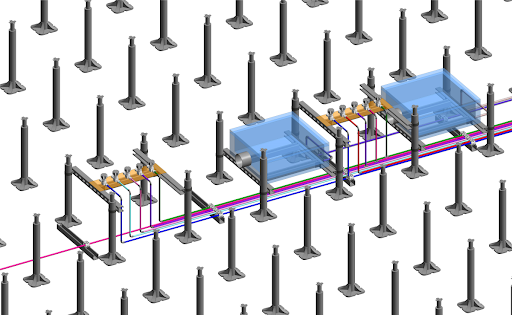 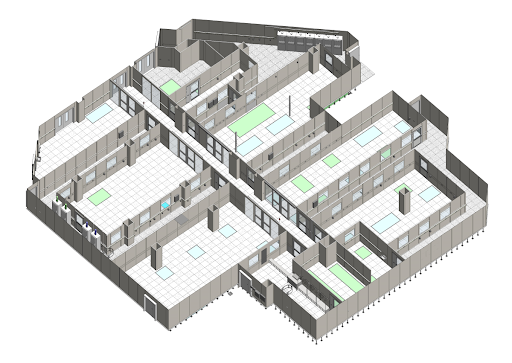