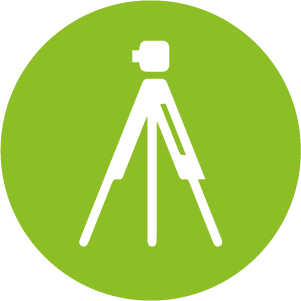 We partner with leading survey companies to provide 3D BIM modelling services to their clients.

We also sub-contract survey work to them in order to provide an end-to-end solution for our clients.

Our surveyors can deliver bespoke survey and documentation solutions within a broad range of market sectors, undertaking:

A 3D Laser Scanning Survey, which can also be known as a cloud point survey, digitally captures the shape of physical objects using a line of laser light. The scanners create point clouds of data from the surface of an object. Put simply, 3D laser scanning is a way to capture a physical objects exact size and shape.

A laser scanning survey can be used for a detailed measured building survey, highway surveys, monitoring and more.

What are Digital Surveys?

To be clear, the types of survey we are talking about are those which determine the 3D x,y and z coordinates of points in space, and the distances and angles between them.

We are not talking about surveys which use online forms to determine what kind of TV programmes we most like to watch or the type of deodorant we prefer to use!

To make things even more confusing, the construction world features many types of survey, such as:

Building Surveys – the type that you commission when buying a house for example, to ascertain its condition and suitability for purchase.

Quantity Surveying – primarily concerned with the estimation and control of construction costs, and the terms and conditions of contracts.

When we, as Benchmarq, talk about Digital Surveys, we are really talking about:

Measured Building Surveys, which capture the dimensions of buildings, including specialist areas such as plant and equipment rooms (yes, we know it sounds similar to the other type of ‘Building Survey’, just to make life even more confusing.)

Land Surveys (also known as Topographic surveys or simply ‘Topo’ surveys), which are concerned with the capture of the dimensions and forms of the land (or terrain) and structures at or below ground level.

How are Digital Surveys done?

Historically, surveyors, engineers and sometimes architects would have used a variety of devices, from tape measures, ‘chains’, ranging rods and staffs through to precision optical instruments such as a dumpy level, a theodolite or a tacheometer. Names such as Hilger & Watts, Wild and Kern were famous in their day.

In the late 1970s and early 1980s, ‘total stations’ began to come into more common use on construction sites with pioneers such as Geodimeter, leading the charge and newcomers from Japan such as Sokkia and Topcon entering the fray.

These were essentially computerised, robotic controlled theodolites which were capable of one-person operation. The optical theodolites always required a surveyor and an assistant (historically known as a ‘chainman’ or ‘chainboy’), with one operating the instrument and the other holding a ‘target’ or a staff at the position being observed. The then new total stations were optionally able to dispense with the assistant, with the surveyor able to take the target to the observed point and control the capture of the observation of the total station remotely. At the end of the data gathering exercise, the observations would be downloaded from the on-board computer and taken away for further processing by specialist survey software (usually provided by the instrument manufacturer) and ultimately for drawing up in the similarly newly emerging CAD software.

In more recent years, the laser scanner has begun to supplant the role of the total station for the capture of survey data.

A terrestrial laser scanner can observe millions of points per second and, in doing so, creates a ‘cloud’ of points in three dimensional (3D) space, each having its own x,y,z, coordinates.

The need for field codes is rendered irrelevant because the density of the point cloud makes it clear which features are being observed. It follows that the quantity of data produced is prodigious and will often require ‘decimation’ by specialist processing software in order to make it manageable and transportable.

A typical building may require tens or even hundreds of observation points at which the scanner is positioned. These points in turn will need to be coordinated back to a local project control grid or even the Ordnance Survey Grid. It is somewhat ironic that the control grid is often established using a total station!

The resulting point cloud datasets need to be ‘stitched together’ so that they form a coherent, fully coordinated complete dataset for the building, structure or landform being observed. This process is known as ‘registration’ and is again often carried out using software supplied by the scanner manufacturers e.g. Leica Cyclone, Faro Scene etc.

The final result is a monochrome or colour point cloud containing millions of points, from which features can then be extracted in order to create 2D CAD drawings and/or 3D BIM models.

Thus surveyors are no longer constrained by lighting considerations as they once were with optical instruments, making surveys that can be undertaken in almost complete darkness possible. This is especially useful in areas such as underground or heavily covered spaces, tunnels, tanks, vessels etc.

What can I use a Digital Survey for?

Here at Benchmarq, we use Digital Survey Point Cloud output to deliver the following services to our clients:

Taking a Digital Survey Point Cloud output and extracting features to create a 3D BIM model such as that for a building. This is essentially a 3D tracing exercise.

From the 3D model, we can extract and create 2D drawings of plans, elevations, cross sections, long sections/profiles at any point in the model. In addition, we can calculate areas and volumes very easily.

However, increasingly, the 3D models can be viewed on-site using a portable tablet computer such as an iPad, either via a browser where there is a good wifi connection, or locally via a downloaded viewer app. This can be taken even further with the use of specialist software and hardware which incorporates position and motion sensors, such as a smartphone, to overlay the model data into the field of view of the camera. Thus it is possible to determine, for example, the position of services which lie behind hidden panels such as suspended ceilings.

This ‘virtual reality’ can be taken a stage further into ‘augmented reality’ with the use of specialist headsets such that the model data can be incorporated, in real-time, into the field of view of the user’s eyesight.

Such applications are still very much at the cutting edge, so let us come back to earth for the moment.

Provided the information is captured, we are also able to allocate non-spatial data to the elements of any model. These ‘attributes’ may comprise such items as material type, condition, fluid types in pipework (gases, liquids) and voltages in cables etc.

The thing that these projects all have in common is that the starting point is an existing building, structure or site installation.

Our clients commission Digital Surveys for a variety of reasons, including:

If you have a BIM or CAD project that requires survey but don’t have a surveyor in mind, leave it to us. We will arrange everything with our expert survey partners and include the survey element within our total price for the project.

Does Benchmarq do its own Digital Surveys?
The answer to this is ‘yes’ and ‘no’.

We work closely with selected survey partners who are experts in their field.

Where a client needs a survey undertaken as part of a project, we will provide that as part of our overall service, bringing in one of our expert partners to do the on-site survey.

These partners have many years experience in Measured Building Surveys and Land Surveys, have the laser scanners and the post-processing software to capture the on-site data, coordinate with the OS Grid when required, register all of the scan observations and provide a point cloud dataset from which the creation of a 3D BIM model or 2D CAD drawings can be created.

Where a client has already appointed a survey partner, we work closely with that survey partner to take their data and create the required deliverables for the client.
How much do Digital Surveys cost?
Inevitably, the answer is ‘how long is a piece of string?’

There are many variables which impact the cost of the survey; these include:

The 3D topographical survey will survey the property, land features, such as trees, pathways, roads and accurately present on a scaled topographic site plan.

See also 3D BIM Modelling and get in touch to find out more.
What is land surveying used for?
Land surveying is a process that determines where the boundaries of a property are. Land surveyors use traditional instruments and digital technology to lay out the dimensions and location of any buildings and land features for engineering and construction purposes.

Find out how we can help with your project.
What is your capacity to deal with my project?
Our survey partners are very experienced and have the capacity to deal with projects of all sizes, from residential projects all the way through to large site installations and complex buildings.
© 2022 Benchmarq Ltd | Privacy Policy | Jobs
Benchmarq Ltd - Registered in England No. 05402391 - VAT No. 858 741 874 Registered office c/o Richard Place Dobson, 1-7 Station Road, Crawley, West Sussex RH10 1HT